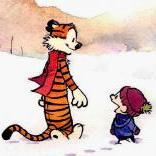 No Time To Die: Bond 25 - Craig confirmed for Bond - Cary Fukunaga to direct